After a slow start on friday we headed out towards the pier for a day down the river. I’m pretty chuffed at how quickly we learnt our way around the area, and then managed to survive without map and didn’t get lost once 🙂 To be fair though we did have the help of our very handy boat time table that had a few of the main places to visit explained for each possible stop!

So for roughly £3 we both had day passes and headed slowly down.

The first stop point was Wang Lang pier, we headed through the market, still a bit tired and getting used to the heat we found this pretty intense, the smells, especially on e we got hungry, we’re just so potent that good or bad smell it was hard to stomach! Saying this it was an interesting market, it seemed to flip between tourist-ish stalls and places for the locLs, real clothes stores and food and supplies in larger quantities than we saw anywhere else.

There were very few tourists at the market and as we headed to the temple we saw very few more. Wat Rakhang Khositaram was my first temple and I think I was a bit spoilt! There were no other foreigners, just locals going around their every day business, A monk reciting to a few people, a small food cafe, the temple (that we didn’t enter as it seemed too private, so we just peeked in from the door) , many locals performing different rituals (at least I presume they were) and then around the back were these bright red wooden murals with only a few locals around. Looking in we had the whole place to ourselves and could really take it all in.

We then headed down to Wen Tien Pier to see Wat Pho, the famous reclining Buddah that is a ridiculous 85m long! Though it’s something I’d heard a lot about before I came here it was still impossible not to be shocked by the scale of it and just be in sheer awe of the work and skill gone into making this. And that goes for everything! Wat Pho, Wat Arun and then the other hundred if not thousands of temples are all so beautifully made I just cant even imagine how long it took and how many people were needed for just one building, never mind them all!

And then beyond this the interior is phenomenal, so much detail and care, it’s just beautiful!

We managed to spend a few hours here, climbed the unbelievably steep steps up to Wat Arun and then after psyching myself up a bit I headed back down them. We both sound ourselfs feeling a bit too hot by this point and headed back to the hostel via the river. After 6 hours in the heat through the middle of the day the air con was such a treat!

After spending a bit too long poking our coach to Cambodia and just reading up on various things we then headed back out firstly for a Thai massage. I’d never had before and knew kind of what to expect but came out feeling like a butterfly!

Both rach and I were next to each other for the massages and the massuses we’re chatting away in Thai with random giggle and instructions for us, and my guy making popping noises every time he cracked a joint, they were just fun 🙂

Though the best moment by far had to be when another guy came in for a massage and once laid down started complaining (quite rudely) that it was too hard, then too soft, then ordered the guy to use his elbows and then just shouted ‘Feet!’ .
This place didn’t do the whole foot, stand on your back thing but this punter was being pretty rude and his masseuse obeyed his wishes and slowly climbed into his back as our guys spoke rapidly in Thai, I’m not sure if it was encouragement or telling him to get down but after a few minutes there was a large rash as the curtain rail he’d been balancing with came right off the wall!! Everyone was fine and the guy was still rude and persistent but I’ve never seen anything that belonged in a comedy sketch mor than this guys acrobatic fail.

We then headed out to china town, which was pretty cool, though we were at a bit of a loss as to what on earth was being sold at all these food stalls. The smell of seafood at some stalls also didnt agree with me we did a good job of avoiding most of it!

After an early start this morning, we’re just entering Siem Reap in monsoon weather with plans starting to form for the next few days:

Food here can be really sweet, and in hot sticky weather it’s currently a bit much for me, gonna have to get used to it.

Pineapple is my friend

Everyone will try over charge you

Everyone is so kind and helpful

The roads are just silly

Thailand’s eye for beauty and skill in creating things is just amazing.

Banana bread and seaweed crisps are also my friends. 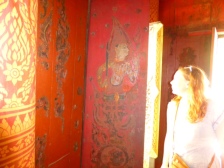 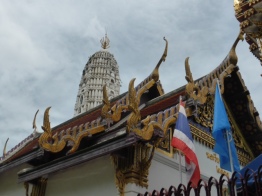 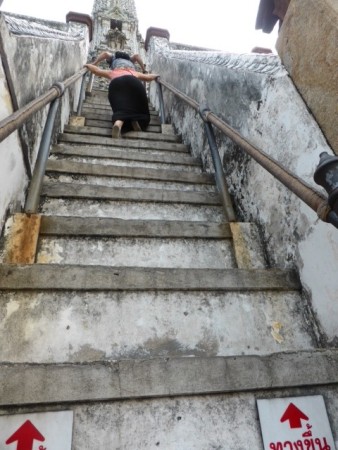 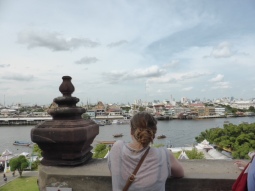 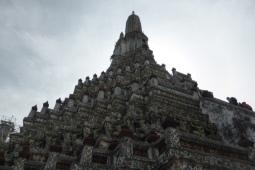